Microsoft Surface Pro 5 is fine, but none of the complaints about the Surface Pro 4 ended up being addressed the major complaint was that how does it not have Thunderbolt 3. But that is fine now Meet EVE V a crowdfunding and crowdsourcing success story that created a surface laptop-like device with amazing specifications which includes all the important ports including the headphone jack, USB type C, thunderbolt and normal USB port.

It is housing amazing I/O at much lower price than the surface laptop.

Show the tablet, or you can call it a laptop in general looks and feel very similar to Surface Pro which is overall a nice thing, and one thing that Amazes everyone out is it does not have any branding at all. It has a stealthy black aluminum finish, and you may like the aesthetic, comparing to the Surface Pro body finish it might feel little poor.

On the right side of the laptop, we have one USB type a connecting port and a MicroSD card slot, and that’s it. But on the left side the i/o really amazes me ok, Thunderbolt 3 but apart from that, there is a second USB type C port and another USB type a and 3.5 mm headphone jack. 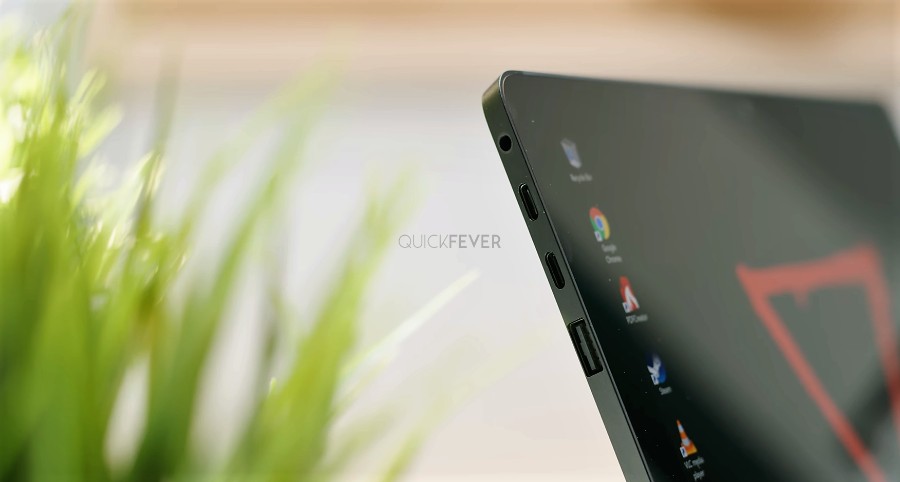 There is another good thing that is it comes with keyboard and Stylish, so you don’t buy them from external sources. Intel Core i7 Processor powers the highest variant with 16 gigabytes of DDR3 RAM and a 512 GB of SSD. Since it doesn’t have a fan regulating the temperature done by a passive heatsink which is built into the chassis.

But there is a another thing that you should know that you won’t get the full power of your processor for longer tasks such as rendering video because if you use the laptop for quite a certain time the Intel turbo boost and thermal throttle start doing their work to regulate the temperature so that your tablet doesn’t get too hot.

For this reason, you might like the lower version which is Intel i5 with 8 GB of RAM because it will be less expensive and CPU throttling will be less.

Talking more about the branding free body it only has an EVE “V” logo on the keyboard’s V key. Well, you know Microsoft Surface laptop is quite good for durability, but I’m afraid it may not be the same case with this tablet.
The keyboard overall is excellent and has 7 color RGB backlighting which is totally cool rather than having only white backlight.

So let’s talk again about the body finishing and body material, it will like plasticky but still retains the excellent feel and look. The trackpad is overall fine-fine not very good but also not very bad.

The screen resolution is more than the Surface Pro laptop, but images look little less sharp than the surface laptop which you should don’t mind since it’s a trade-off tablet with less glare something we don’t have yet. 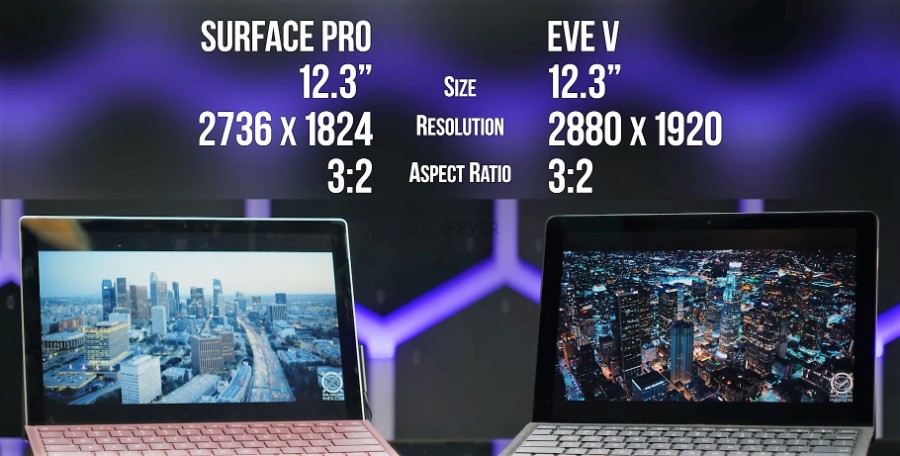 There is a fairly flimsy magnet at the side of the screen to hold your stylus that is because i/O ports take spaces where the stylus attaches to the Surface Pro. It also have louder speaker more than you would be expecting which is quite good enough to set your mood for being a watch Netflix and feed your thirsty eyeballs.

One thing that should be noted here is if you are going to use this laptop for art creation or with Stylus quite more it feels to achieve that pen to paper peel that surface laptop does effortlessly.

But this laptop it’s fantastic and has a fingerprint sensor the back side of the screen. 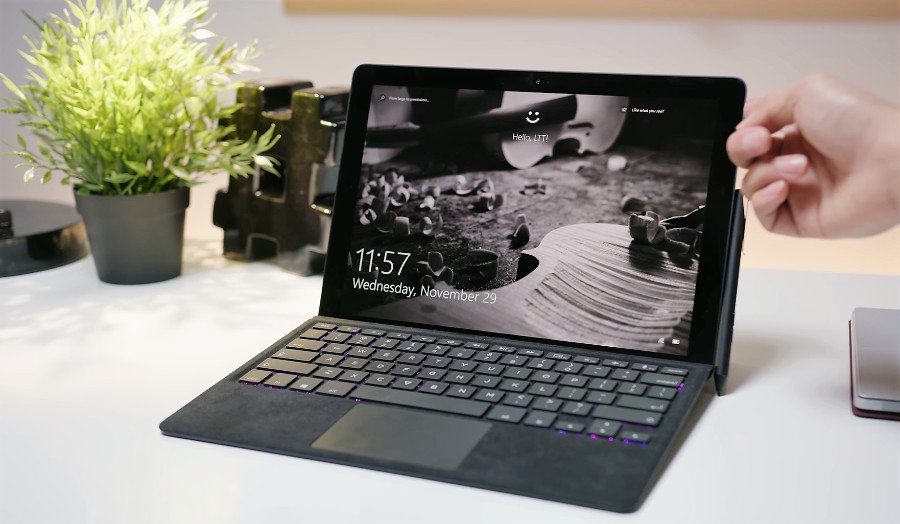 This was the initial review of EVE V tablet.

Prev
How to clear android keyboard history and predictive text

How to clear android keyboard history and predictive text

Next
What is “coreauthd”, and why it is running on my Mac PC?

What is “coreauthd”, and why it is running on my Mac PC?