Grooveshark a music streaming website that was quite good. As they have added myriads of advertising and many users, don’t like closing the automatically opened adverts and pop-up windows, very often. The new GS is not the old GS, and some people may be okey with it, but a lot of people hate it. Though the mentioned services require subscribing to their premium plan and restriction are there in free service. Here are some best free alternative, worth time.

Top Music Streaming Sites Out there for Free Music

Amazon music a new ad-free and on-demand music service come along with Amazon Prime membership. As they have stated, they have more than 2 million songs (6 zeros). You can either select playlists created by experts or make your own. It has skip and offline ability which is great if your concern is that. What more, it comes with the famous 2-days shipping (Amazon shopping) and ability to stream TV series and movies. The echo plan is priced at $3.99 month and 3 other plans to shift from any other streaming service to Amazon music.

Spotify wears a delight and clean interface and starts with lowest $0.99 for 3 months and still the top of the pack for streaming music. There is a plus, as an average music listener, you can change the bit rate from Normal (96kbps) to High or even Higher (320kbps), although, most of the people may not notice the differences among the last 2 bitrates.

If your concern is finding a music ocean of myriads of music tracks, Spotify has almost 30 million songs and growing each day. Though, its family plan is a bit expensive if we compare it with Apple’s music and else. And with the free plan, you won’t be able to listen to songs offline. The free plan is a good to go with some ads. 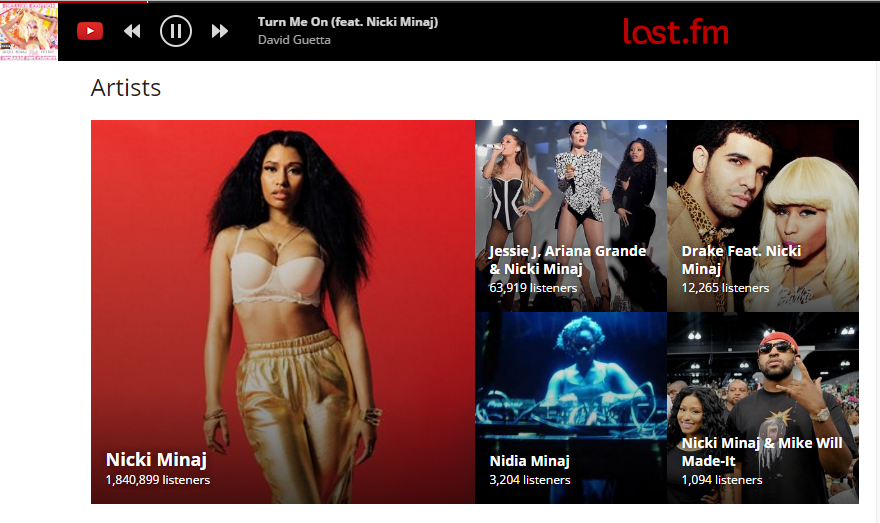 Last FM is a nice alternative to listen to the music, while you’re using this service, don’t mind the extra bandwidth caused by the You-tube videos instead of plain music.

That really sucks, a lot of people lost years of collected music in a single hit out. Here is some other suggestion to go with, and are a strong replacement to the Grooveshark. Well, the rest of the similar services are not the same. They probably won’t get back the Grooveshark again, but what is better, having something vs. having nothing. Though the services mentioned above require subscribing to their premium plan and restriction are there in free service. Here are some best free alternative, worth your time.

8tracks is playlist-oriented, and each of the playlists has more than 8 songs, and almost 2 and half million playlists are available to choose from. All playlist are tagged so you can use tags to search. You can listen to previews, and there will be link to an official youtube or SoundCloud link.

Console.fm is electronic oriented and sorted on the basis of what going right now. Links to the SoundCloud will be there is you want to dive more into the particular song and artist. But unlike you’ll have to access it using your browser and there is no, almost no additional options and settings apart from, play/pause, next, previous button.

Hype Machine pulls from music blogs. I honestly don’t know as much about this one, but I understand that it features indie music that’s topping the charts. If someone can describe it better, I’ll edit in that description, but it’s supposed to be fantastic for seeking out music blogs and discovering new sounds. Nor foreseeable legal disputes.

Today the competition among music streaming sites beaten the Grooveshark and since good alternative are available you can easily switch. Visit our greatest picks for the top music streaming websites and Apps.

Prev
Opera Neon is Unique: First thoughts and how to get it

Opera Neon is Unique: First thoughts and how to get it

Google Assistant was officially launched with their Google pixel phone, and