All the three iPhone have a lot to offer, while the iPhone 8 and  8 Plus are 4’7 and 5”5 screen size and roughly similar to iPhone 7 in design, the iPhone X (called 10) is the first edge-to-edge screen display phone by apple. In this post we aim only to cover what could have been better in iPhone 8/Plus and iPhone X, be assured that we like iPhone as everyone else does, it just we are adopted to see big features and plan from apple each year.

Top 10 iPhone 8/8 Plus Disadvantages You need to know

Apple is close to master fingerprint tech for their upcoming devices, and it’s a huge disappointment that the new iPhone 8 won’t come up with a fingerprint scanner. There are rumors that Apple will bring it along with an iPhone 8 edition in future. Scanner this time. The iPhone 8 and Plus still have the touch ID that is also a fingerprint scanner, so that’s great. Apple is back with touch ID, yet it feels apple loyal consumer can deal with no fingerprint. (what we mean is there is no separate fingerprint scanner in the back panel of the phone).

Apple did a nice job after the shortcomings of iPhone 7 last year. The new iPhone 8 (and editions) are arguably better than the iPhone 7 (versions). However, these are the top point which apple could have worked more. 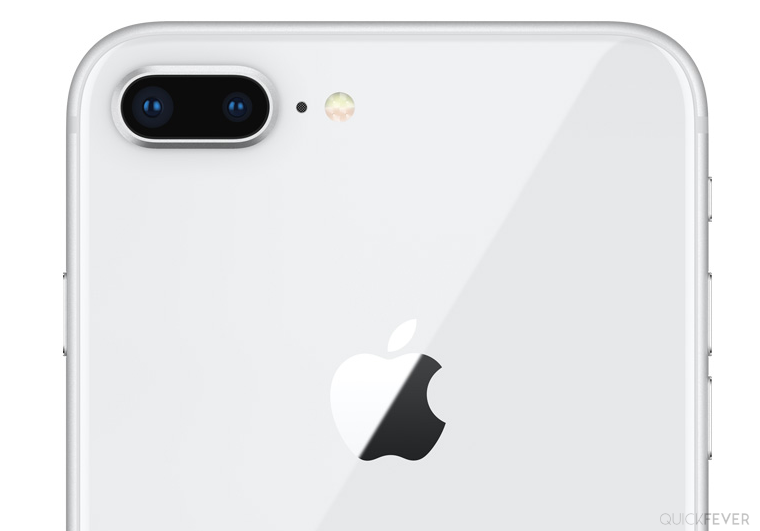 2. iPhone 8/8 Plus Battery is smaller than iPhone 7

There are those mid-range android phone under $300 comes with 6 or 8 gigs of RAM but it’s new era where we’re clocked to 2 and 3GB RAM in iPhone 8 and plus even with extra outlay. While the iPhone 8 (Plus and X model) kicked out everyone in the Geekbench score, Apple like to stick with the RAM configurations. We know that the Android OS need more RAM than iOS, but if you play a heavy game while you have safari in background with 7 open tabs, going back and fourth will eventually make iOS to clear safari from the RAM so the game won’t lag.

Today an Apple phone is like a laptop, as it has powerful chip, FHD+ screen resolution, GPU and storage — seems like RAM is the only factor that is consistent here.

4. High Price and no price guarantee

If you’re a Apple customer which make you very loyal to new iPhone model, then chances are you’re thinking to upgrade to the new iPhone 8 (or other) for what? absolutely nothing but better display and few additional tweaks for what? extra outlay! for doing the exact same work you were doing on older iPhone. while it’s not a big surprise that people already started pre-ordering the iPhone 8 (plus, X) that will surely melt your pocket unless you have lots of fortune to spend each time apple announce a new phone.

The wireless charging is interesting and comes with extra spending of money, the money caring users might see this as a big disadvantage if their saliva is dripping to see the phone charging wireless.

With the so-called iPhone 8 there are many disadvantages if compared to other flagship android phone such as Samsung Galaxy S8. The other downside having a  iPhone 8/plus/X include the lack of iris-scanning, USB Type-C port, dual-SIM, micro SD card slot etc.

6. iPhone 8 Plus is gaining weight

Becomes thicker and heavier than its predecessor. The iPhone 8 weight exactly 148 grams while the 8 Plus is 202 grams in weight, isn’t a bit heavier? Apple customers would love to answer the question.

This is very strange because the battery has been reduced in the iPhone 8, which is somewhat less than the consumption of iPhone phones. Apart from this, the weight of the iPhone 8 has increased significantly. In this case, you may have to face difficulties in handling iPhone 8 Plus because it is about 200 grams, Which weighs a little more than a normal high-end smartphone’s benchmark.

Apple gives free lightning headphone connector in the box when you purchase an iPhone. There is nothing much to say, and nothing can replace the 3.5 mm jack when it comes to connecting any headphone or earphone to a phone natively. Okay, now you have to accept this thing. You can add your 3.5mm jack headphone to the iPhone with the help of Lightning Connector.

iPhone 8 and 8 Plus looks just similar and has the old design, and there is no edge-to-edge screen. While the iPhone 10 have the bezel-less screen, but it’s unfortunate that you’re ging to confuse whether to buy the iPhone 8 or the Skip ahead version.

If you're looking for the #9 point, we're sorry, if apple and microsoft did it we also can skip a point, it's a no big deal. Right?

10. Some questions for iPhone X.

A note for Face ID

Regarding Face ID, apple does move from touch id and introduced us to Face ID that we have already seen on another phone since android 4.4, unlike the iris scanner in Samsung which does work really fast, apple’s face ID in iPhone X (ten) does have a lot of questions that are I’d suggest waiting for the reviews before buying a piece unless you have the fortune to spend to see it by yourself.

When Face ID start looking for face: as soon as you pick the phone it will start recognizing your face in order to unlock it.

It asks for Pass-code: After a couple of failed face attempts the phone asks for pass-code, which is actually designed to work this way but what if your phone does come in contact with many people at the office, are they also count in failed attempts? Who knows…

How do you take screenshot

There are always going to be a way to screenshot the screen. Currently, we see no way to take a screenshot natively, the power + vol down doesn’t work, and apple probably won’t add the three-finger-tap to take screenshot gesture.

Prev
[Updated] How Much Does Netflix Cost For a Month? (January 2019)

[Updated] How Much Does Netflix Cost For a Month? (January 2019)

Netflix is undoubtedly one globally popular streaming service, with lot’s of

Next
PPSideloader Tutorial | Installing App tweaks without Jailbreak in Iphone