5 Best Ubuntu Based Linux Distros You Can Install

Ubuntu is a Linux operating system which is based on the Debian project. Ubuntu is the best and popular alternative operating system you can install on your computer, tablet or smartphone. The default Ubuntu installation comes with some preloaded open source programs like Firefox, Thunderbird, and transmission, etc., but you can install plenty more software from ubuntu software center.

Some Ubuntu derivatives are suitable for specific tasks, for example, if you want Linux operating system according to education, then you can install Edubuntu Linux distribution on your computer named.

There is almost two Dozen official based Linux distributions you can use instead of Ubuntu. All of these Linux operating systems are based on Ubuntu so that you can install all the software from Ubuntu Software Center.

Below are some of the names of Linux operating systems that are based on Ubuntu. You can create a bootable media device by downloading any Linux OS “ISO” file and installing it on your computer. Most of these releases updates as soon as there is new Ubuntu version, the latest version of Ubuntu is 17.04, and just like it below listed linux-distro are based on the same.

It’s an official Ubuntu-based derivative that uses KDE interface, rest it pretty much similar to the Ubuntu. It also has access to the Ubuntu software program so you can install apps using the terminal. The latest version is Kubuntu 17.04 “zesty Zapus” comes with so many new UI tweaks and Improvements., this blog post covers such changes. It brings brand new feature one such is in File manger, when you hover a folder it will open a new pop-up tab makes it easier to navigate to the destination where are the file you need are located.

You can always install programs using the .deb installer files. For those who need a bit of the taste. Read full review

It’s the official project which is a Ubuntu derivative that intent to uses fewer resources and is energy efficient. All those keynote features make it a lightweight operating system, but please be aware, the lightweight term isn’t appropriate here. But it is more light if we compare it to the official Ubuntu and energy and resources demand. For sure, there are many other ultra lightweight and fast Linux distributions, like DSL, but those are not Ubuntu derivatives or based on it. It used LXDE desktop environment. Requirement: around two gigs of RAM. The Lubuntu 17.04 is also runs at Linux kernel 4.10.

For who: For the people who vote for fewer resources hungry operating system, while you certainly want to use Ubuntu but needed a more lightweight os while having the same features as we see on Ubuntu.

The elementary operating system is a fast and open replacement if you are using Windows or Mac. Besides, it is not very light regarding size but has more flexibility. It is open source and has a dedicated community. Elementary OS is available for both 32-bit and 64-bit version. For example, if you are downloading the 64-bit version it is about 1.1GB. 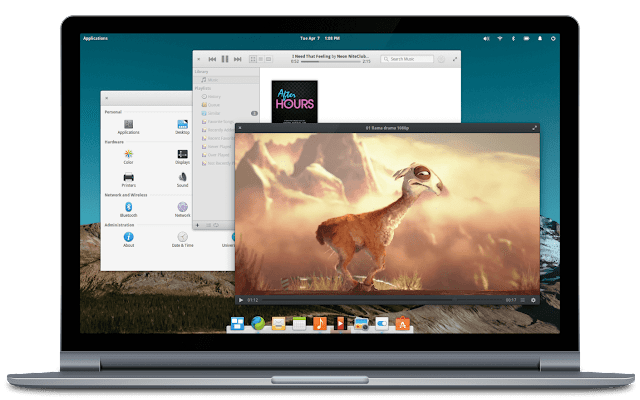 The download page opens with an option to pay before you download, but just you can enter a value as ‘0’ to download the operating system without pay anything. (but if you like the efforts and the os, support them by paying some bucks.)

Peppermint is a strong Linux working framework with a record for good execution and unwavering quality. It is a perfect decision for dealing with regular figuring tasks. 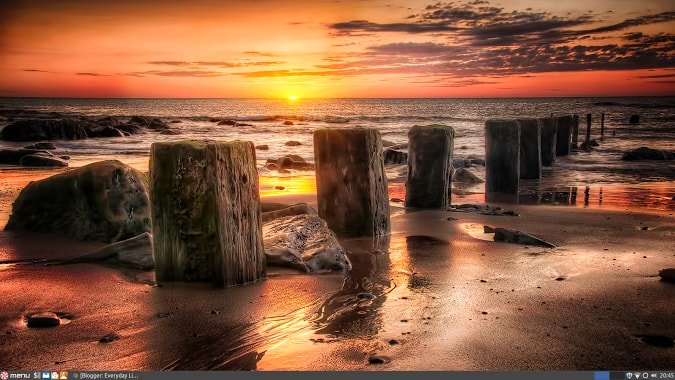 LXDE gives a quick and neighborly desktop condition. The whole desktop bundle and changed Peppermint 7 settings give you heaps of alternatives for making an agreeable stage. My lone disappointment is the absence of much in the method for desktop activity impacts. All it gives are semi-straightforward application interfaces out of sight.

The Peppermint people group is going by the Peppermint OS LLC, a product organization situated in Asheville, North Carolina. Established in 2010, the open source organization issues one noteworthy discharge for every year. An incomplete redesign takes off intermittently.

Ubuntu Education Edition, now known as Edubuntu is for people to use in classrooms and communities. It does come with many applications related to study including LibreOffice, GCompris, KDE Edutainment Suite, Sabayon Profile Manager, Pessulus Lockdown Editor, Edubuntu Menu Editor, Gnome Nanny and iTalc.

Unlike Ubuntu, Edubuntu default graphical user interface is based on Unity, but GNOME is also available. Requirement: 2 GB RAM and basics. For who: Students and teachers.

These were the top Ubuntu based distributions , our favorite from the list is probably “Kubuntu” with so many user end features makes it easy to use daily basis. If you’re looking for more linux based operating system, do check this post.

Read Next: 15 Alternative operating system for your Computer

Windows 10, is the most advanced operating system ever released by Microsoft

How to Automatically Change Wallpapers on PC with Reddit Wallpaper Changer

Wallpapers are the excellent way to decorate your computer screen