We all know what a Virtual machine is. For those who do not let’s get the jest of it. Putting it most simply, “a virtual machine is an operating system that is installed on software, which imitates dedicated hardware.”

What actually happens here is that you are allowed to install an operating system without creating separate memory partitions on your memory. It simply gets installed in your current OS as a different operating system. All you need to do then is just power on the virtual machine, and you are ready to work on your new OS.

For instance, and most commonly followed pattern is that you can run a Linux distro on your Windows Operating System. Run MAC on your Windows computer and vice versa. There are many operating systems to choose from, some are lighter than others, some are based on Android too.

So let’s have a look at some popular and best virtual machines: 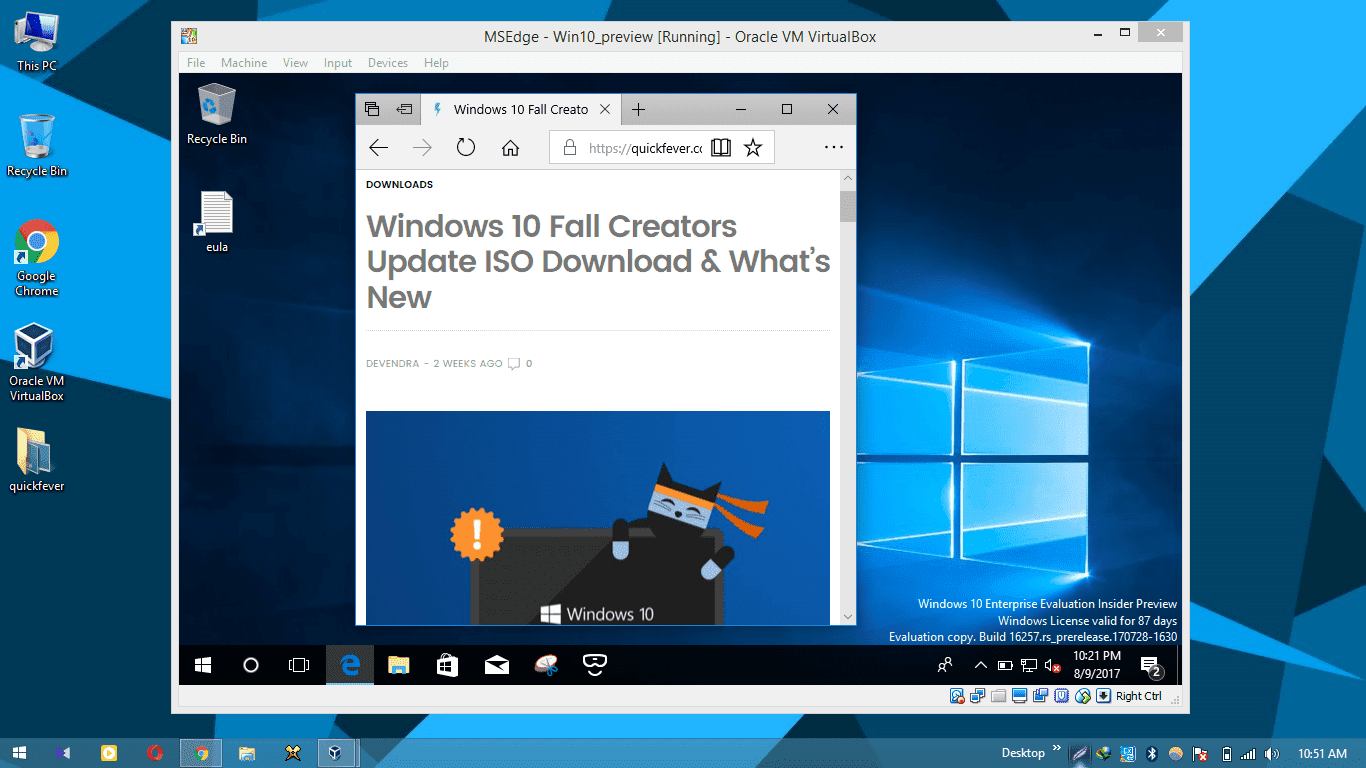 Let’s start with Virtualbox since it’s the most hands-on of the bunch.

First, you start by installing it on your computer, but virtual machine software aren’t like other apps as the setup goes beyond just installing. Once you install, from there you have to create new virtual image setup and have to tweak a bunch of settings, for example, how much CPU core and video memory it gets from the total installed in your computer. The same goes for selecting the operating system image which you like to run in the settings and the same goes for sound and internet connection. Hopefully, if this is the first time and you are having a hard time, here is a step by step tutorial which will help you through the setup.

It is the most appropriate choice for beginners, a free and open source hypervisor developed by Oracle. It can load multiple guests operating systems on a single host operating system, even Mac OS. The best part of this kind of feature is that each guest can be started, paused and stopped independently. It can run the operating system in a breeze. The best of its features include its ability to run 64-bit guest’s virtualized application side by side with normal desktop applications. Although there is a limited support for 3D graphics acceleration. 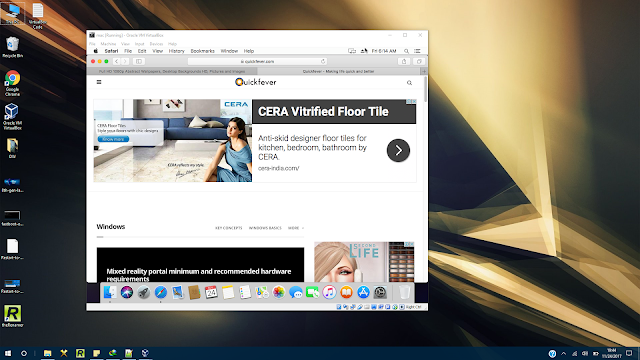 The good news is that it’s open source and totally free, while the other VMware Fusion and Parallels (Virtual machine software) both requires that you purchase an annual license (which is yearly)to get future updates which pack more stability and improvements which sounds great but isn’t cheap on paper.

We want to let you know that you do not have to check other virtual machines if your requirements are very straightforward then the virtual box will be great for you, it can run almost all popular operating systems.

A division of Dell Technologies, “VMware Inc.”, initially released VMware in 1999. It will provide you a version which is free of cost for non-commercial use. It gives you a platform where you can set up two virtual machines on a single physical machine and use both of them at the same time without any hitch. One of the best features of this virtual machine is that you can save a snapshot at any point in time and then restore it later on at your own ease. This hosted hypervisor runs on x64 version of Linux and Windows operating systems. Another interesting feature is that of unity; you can create a seamless integration between the host operating system and the guest operating system just by hiding the virtual monitor. 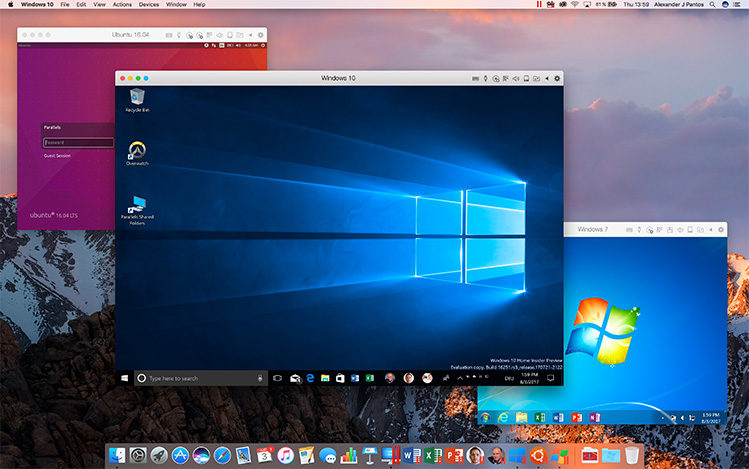 Parallels Workstation is a commercial proprietary software released on November 08, 2011. Five years ago, the developer of server virtualization software and desktops, “Parallels Inc.”, came forward with their very first software product. The platform for this hypervisor is x85-compatible. Basically, this hypervisor enables both the virtual machines to work with their processors, their RAM, their Floppy drive and hard disk, as a physical computer contains. Unlike Hyper-V, it provides pass-through drivers for the parallel port and USB devices.

VMware vs Parallels! Difference is subtle

QEMU stands for Quick Emulator. It is basically an open source hosted hypervisor which is free of cost. It was developed by Peer Maydell for synchronizing with various operating systems such as Linux, Microsoft Windows, MAC operating system and some other UNIX platforms. It majorly performs hardware virtualization. QEMU is flexible to work with because guest operating systems don’t require patching to run inside it. A very different feature of this virtual machine is that it stores virtual disk images in a special format (qcow or qcow2). This only takes up the disk space in the guest operating system. It also has a VNC server that allows the user to access the screen of the guest Operating system.

The virtual hardware support is limited but supports a wide range of processors including ARM, MIPS and other (Virtual Box support only 32-bit and 64-bit CPU architecture).

VMware fusion was developed by VMware Inc. on June 22, 2017. It is a commercial proprietary software which was designed primarily for Macintosh computers. VMware was written in C, C++ and x86 Assembly. It is a hypervisor that allows Intel-based Macs to run an operating system such as Linux, Microsoft Windows, NetWare. This marked the entry of VMware in MAC based x86 virtualization. The latest version contains bug fixes and security updates.

It comes down that both free and paid version of Fusion provides the ability to run Windows from the Bootcamp partition as a guest operating instance so there will be no need to reboot your computer back and forth to switch from MAC to Windows (applies when your host computer is running on MAC OS). Although, Bootcamp is the free option to run Windows on MAC computers without any virtual machine software it needs to reboot your computer to take full advantage of hardware to gain better performance and stability. But the Fusion does have 5k native iMac display support as well as retina settings. You can use it’s unity mode to launch apps from MAC dock as if it’s native app.

Earlier it was known as VMware GSX Server which can say as Ground Storm X. It is a free though closed source software developed by VMware Inc. on October 26, 2009. VMware Server provides x86 compatible platform. The number of features is comparatively less than that of other software available for purchase, but still, it works well enough for the users. One of the notable features of VMware Server is that it can preserve as well as it can revert to a particular snapshot of each virtual machine within the same environment. Such virtual machines don’t even have a specific interface for cloning virtual machines.

Hyper Viridian, formerly known as Windows Server Virtualization, is a component of Windows server and was released alongside Windows server 2008. Hyper V can create virtual machines on x84-64 systems running windows. The final version of this native hypervisor was released on June 26, 2008. Its best-known feature is that it can expose a particular virtual machine to one or more networks. Hyper-V comes with some limitations like it does not allows the host operating system’s optical drives to pass through the operating system of guest virtual machines.

Which Virtual machine software is best for you?

Virtual Machines have their sort of merits on computers. Firstly, you do not have to leave or remove the current one because virtual machines can experiment with the other operating system. Then you can always test the newest versions of the operating systems, such as Windows or Mac. Virtual Machines are user-friendly and work efficiently, as easy as opening a new application.

It is not time-consuming as you can avoid various switching and it becomes easy to format hard disks. They are entirely separate from your computer as they will not interfere or damage your software. Virtual Machines allows you to run one operating system surpassing another operating system. The experience of the user remains same on both the virtual machines. When you get a virtual machine on your operating system, it ultimately behaves like you have a separate computer.

We are helping people like you by fixing tech issues for the last 7 years.

Read More
Love drawing? Already must have a favorite drawing software? Good, in both case (yes or no) cause’ I…
Pastebin is a simple website that helps you to store a chunk of text for a period of…