The Best XBOX ONE Emulator For PC

On this earth, you will find many game lovers you can go through any situation or lack of money to buy a new gaming console, and the reason is different for everyone. Do you have that tiny (or high) need to play latest Xbox One games on your computer, well there are emulators that you can use on your computer to play Xbox One games? (The story is fascinating).

So first we are going to talk about what is an emulator, an emulator is a software that simulates an environment so that game or application can run, independent of the operating system that was not intended for those games and apps.

Play Xbox One Games on a computer with Xbox One Emulator

So in a nutshell by using an emulator will create a specific environment so for this guide you will be able to play Xbox One games on your computer with the help of any of these mentioned Xbox One emulator. Now one thing is for sure that you don’t need to get your hope high because there is only a little chance that the game you are seeking to play on your computer would run on mentioned Xbox One emulator for PC.


Why use an emulator?

Most of the games which Xbox One gaming console offers are cross-platform. So, you can easily find out those Games in Windows store. That’s why you don’t need Xbox 1 emulator. But still, If you’re unable to find out any specific game for Windows, which is only available for Xbox One or 360. Only then you should try these emulators on your Windows Computer.

The Best GBA Emulator for Windows

The Best SNES Emulator for Windows

Best Xbox one Emulator for PC

So first thing, stay away from the fake emulators. If a supposedly XBOX one emulator download page is asking you to complete a survey page, this should tell your gut that you need to stop or you are going to in fact your computer for malware and viruses.

The news is from Malwarebytes a popular blog that published a story in, oh yes back in 2013 about a so-called official Xbox emulator that was ultimately nothing but a program to get yourself into completing survey so “they” could earn some bucks. Here They are referred to those shady developers of that shady software, wait! Calling the developers is an insult to the rest of the developers. I should stop stressing about how angry I’m about those who build crappy things to waste your time.

First Official Xbox One Emulator Is a Phony

Unlike our older series where we list emulators for playing other platform games this list is almost — how should I put this is one word. Non-Sense.

After searching and (without checking) Because that way I’d make myself fool. Here is the Xeon Emulator to play Xbox One games on your computer. A big lie. The program starts as, blank with some option to locate .xbs file and it supports only HALO game. And no other. I doubt this even works. 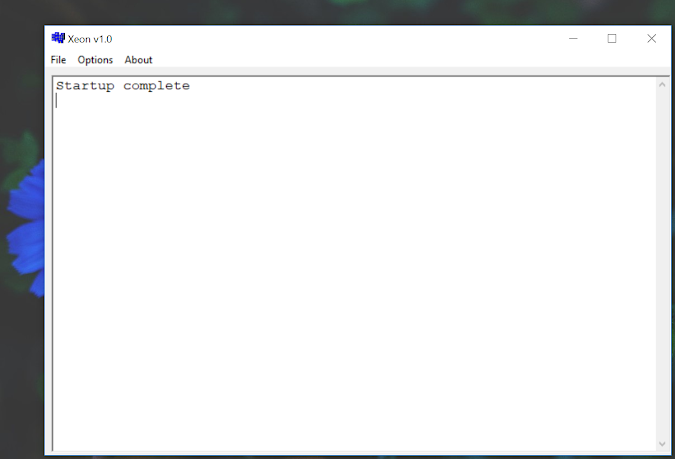 The developer is Unknown. Maybe he could not digest the success of his emulator, so (they) went underground. Jokes apart, this is a severe problem we are dealing with, which has no actual harm to you. But don’t be so harsh on your computer, virus, and malware hurt them too.

There are lots of articles publishing fake information to attract traffic. But that is wrong, you know it right. Stop following such blog. You have been warned.

Note: The 3rd site bouncegeek is of my friend. 😀 and is not misleading at all.

If you’re using any of the latest Windows 10 version, there is no need to use a